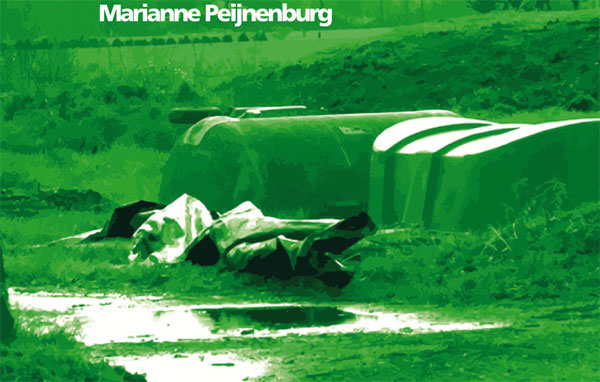 Marianne at Art from here to yonder

Posted by Marianne in exhibitions On Jun 04 2015 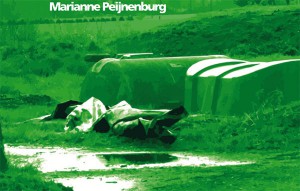 Art Cycle “Art from here to yonder’ is a family bike ride with art, theater and music in special locations in Salland.

Cycling through the beautiful Salland landscape, through the outskirts of the municipalities of Deventer, Rijssen-Holten, Raalte and Hellendoorn and villages Okkenbroek, New Heeten and Dijker corner. Special venues set the stage for art, theater and music!

Marianne Peijnenburg can be seen at:

In ephemeral works just as well as dramatic light, still, may be confrontational or hilarious, Marianne Peijnenburg looking for the essence of life in the proximity of death. With installations, sculptures and performances she often literally makes the audience complicit in the naked truth. For “Art Here to Yonder ‘Peijnenburg goes back to an ancient fascination. In her youth, she was fascinated by the semicircular green bins which she saw at farms along the way. She had a suspicion of what was underneath, but
at the same time she did not know it at all.

Read more on the website Art From Here To Ginder.

Marianne at Art from here to yonderThursday, June 4, 2015Marianne

Cancel
« Made by Pit-design
I Am Not A Quitter! (Gallery) »